I’ll tell you a little story while we wait for the polls to close and election returns to come in.

If you’ve started following this blog recently, you might not know that I have an elementary-aged grandson who I spend copious amounts of time with. He’s truly precocious when it comes to analyzing things. That’s because he’s one of those mechanically-inclined little dudes who prefers math to language arts. And because I’ve been teaching him to pull complex ideas apart and look at their constituent pieces as a way of finding their meaning since before he could speak in grammatically-correct sentences.

The little fella is aware there’s an election on. We’ve done our best not to talk about it in too much detail with him. My approach has been to not bring it up, but when he does, to give him honest, age-appropriate answers. So he knows I’m voting for the Dem in November, but we’ve not talked in any detail about  the various candidates.

The sort of political talk you’ve been seeing here and on my Facebook timeline these last few weeks is not the sort of stuff you’ll hear in my house if the kid is awake. And we do our best to minimize his exposure to the news, because most nights, it’s full of horrors. I don’t think I’m doing him a disservice by waiting until he’s 9 to let him watch the full news every night.

The reason we do things this way is because while we want him to grow up to be a tolerant, engaged citizen who understands his rights and sees the inequalities all around him, we don’t want to just put our politics in his head until he’s old enough to think about politics critically. I’ll be happy if he grows up to agree with my politics 100%. But I don’t want that to happen because I told him to, or because we have such a strong emotional bond. I want him to form his own political views rationally and to know why he takes the positions he eventually takes.

He knows I write and publish things on the internet for anyone in the world to see if I can grab their attention, and he’s fascinated by the whole thing. If I allow him, he’ll stand and read over my shoulder as I write. (I’ve had to explain to him recently that writers find this annoying.) So, yesterday he saw me editing a post I’m working on which includes this image: 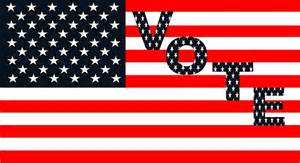 He decided, since I was obviously writing about the election, to give me his opinion on Donald Trump. So of course I had to shut my editing session down and interrogate him about where he got his information and how he formed his opinion. What follows is a lightly-edited transcript of our conversation.

Me: You know we don’t hate people. Not even people we dislike. Because there’s a little good in even the worst people, and hating folks makes us want to fight instead of talking and listening.

Me: Okay. Tell me why you feel that way.

Kid: Trump wants to be one of them president-kings and he will command us all to use the n-word.

Me: *Shocked and alarmed, but proud of the racial sensitivity there* Where are you getting this? Are you talking to other grownups about this that I don’t know about?

Kid: No. That’s just what I think.

Me: Talking about it with your friends at school?

Me: You MUST tell me why you think these things. If you’re getting them from someone else, that’s a thing your Paw needs to know about.

Kid: I can just see it in his eyes.

I interrogated him a bit more, but he insisted these opinions are his own, formed from overhearing snippets of network news and seeing the occasional photo of Trump while eaves-watching my blogging and Facebooking.

I believe he came up with this on his own, or else got it from other kids just based on the language he used. He has good recall when it comes to remembering exactly what others say, and I can generally tell when he’s repeating something he’s gotten from adults.

Just for example, when he asked me who I was voting for several weeks ago. I told him either Clinton or Sanders. His response: “I like Bernie Sanders. He is an intelligent man.” And when I asked him how he felt about Hillary Clinton he said “She is untrustworthy.” I knew, based on the language, not only that he was repeating something he’d heard a grownup say. I even knew which grownup.

This Trump thing is different. It’s either an honest, original assessment from a very perceptive little boy, or a pastiche of things he’s heard on the playground. I have extremely mixed feelings about this. I’m proud of the overall awareness the little dude’s showing here and pleased he’s come to the same conclusion as me without my direct intervention. 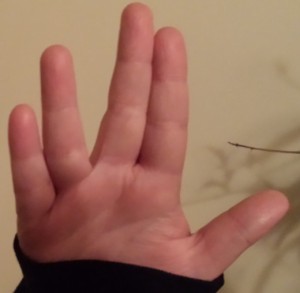 I’m also sad that a second-grader is looking at the Presidential election and this is what he’s seeing. My first real political awakening was at about his age, during the Carter-Reagan race in 1980 (I wanted Carter to win). So on balance, I can’t say whether all this is a good thing, or a bad thing. But it sure is interesting.

An hour after we were done with our conversation, it came to my attention that the owner of Humans of New York has published a withering critique of Donald Trump and vowed to work against him. Aside from the part where Humans of N.Y. is warning us not to let Trump off the hook when he inevitably tacks to the center, the statement pretty much says what the kid said, only in the language of a sophisticated East Coast journalist. I was struck by it.

And today I found this. If you need further confirmation that yes, what’s going on at these Trump rallies is not only corrosive, but dangerous, here’s your sign. It’s about a guy who went undercover to a Trump rally to try and figure out why his followers are acting the way they are and better see them as humans, so as not to just demonize them because he disagrees with what they’re doing. A long read and it will make you a little sick to your stomach. But worthy of your time. 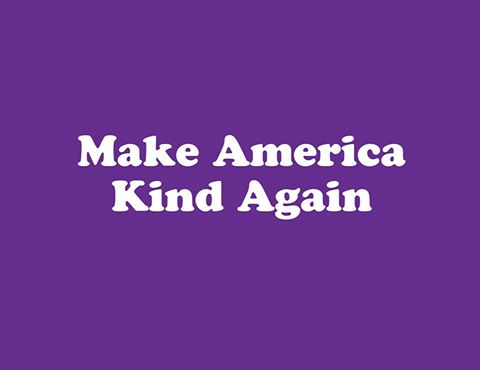 I’ll have stuff to say on Facebook once the polls close tonight, and a post here about it tomorrow or the day after. Everything I’m posting about this election on Facebook is public. You can find me here if you just want to follow along. And I have a fairly open policy for accepting friend requests.

Thoughts on solving problems for business and home