The Many Faces of Batman by Jeremy is the longest-running blog series we’ve produced so far. It kicked off Jan. 9, 2014. We’ve had a weekly post every Wednesday or Thursday for nearly 6 months now. It’s not a tightly-structured series. You’ll find all manner of things here, from literary analysis of comics to movie reviews to pieces about historical figures. It is well-organized, though. 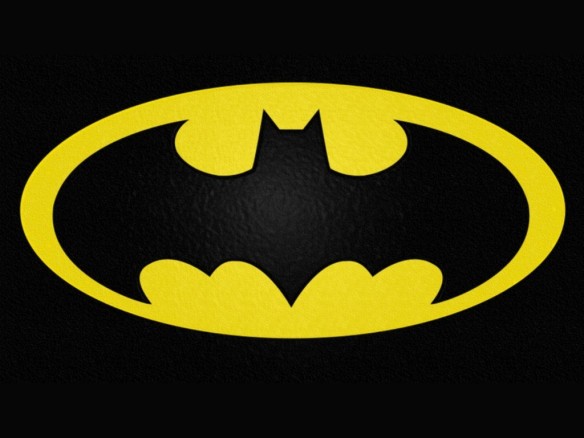 Jeremy begins by considering Batman as a figure of modern myth, traverses a large and diverse array  of Batman incarnations, then uses Batman as a lens though which to view historical figures.

We’re fortunate to have a scholar as a contributor who’s both passionate about comics and willing to write about them on blogs. Very fortunate indeed. There are so many installments at this point that it’s not practical to include a blurb for every post; the headlines will have to speak for themselves.

#1 The Making of a Modern Myth 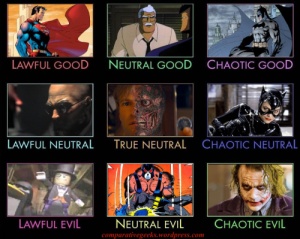 #5 Why do we love Bruce Wayne?

#8 The Beloved and Reviled Damian Wayne

#9 What is it about the Joker?

#13 Is Batman a Marvel character trapped in the DC Universe?

#14 The Strange Case of Batman of Zur-en-Arrh 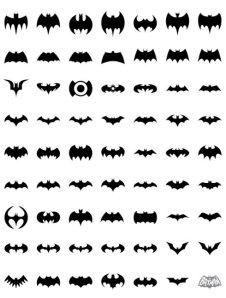 #17 Because every city deserves a Batman.

#19 Imagine Batman with a Lantern ring. Just imagine it.

#21 Real people through the lens of Batman: Imi Lichtenfeld

#24 Real people through the lens of Batman: Swordsman Jean-Louis Michel

Credits: Batsignal and all likenesses thereof © DC Comics, etc. “9 Alignments of Batman” mashup by CompGeekDavid. “70 Years of Bats” by The Dolittle/Deviant Art, via Things Matter.

6 thoughts on “The Many Faces of Batman”