I am not a believer in labeling people trolls, no matter what I see them doing on the Internet. I learned that one the hard way, and only decided it recently, but I think it is a sound policy. I do see a bit of trollery, though, especially on Feminist discussion threads that I frequent and on Facebook. It comes in many forms and it’s difficult to deal with at times, for a few of reasons.

But if a person who’s just looking for an honest debate drops a first comment on one of your threads and gets right to the debating, it can look like trolling. So it isn’t a good idea to assume that a person is trolling without something to go on. That means you need ways to make informed decisions.

It’s actually a thing, though!

There are people on the internet who practice trolling as an art form. I am sure there are many reasons a person might consciously decide engage in habitual trolling, but I personally do not understand it. To the extent that I am doing anything on the internet other than amusing myself and my friends, I am trying to have productive discussions with people and make more friends. And make some little bit of difference, of course!

I’m doing all that while seeing how mighty a network I can build and encouraging the formation of online communities. I’m just assuming I have enough cred to be straight about the networking without getting laughed out of the room at this point. I’m done beating around the bush about that.

I don’t take kindly to the intentional disruption of legitimate online social activities. It’s mean-spirited and narcissistic. It erodes the natural inclination to give others the benefit of the doubt that people must have to make new friends on the Internet. It just plain offends me.

Since blogs are public, and I can’t control what other people do, there’s no way to stop folks from trolling the blogs I frequent. The bigger our network grows, the more connected we become, and the better we get at spreading ideas all over the Internet, the more trolling we are going to see.

So, tomorrow I will have thoughts on how to recognize trolling behavior. It doesn’t do any good to rail against trolling. Educating people about the behavioral and rhetorical clues, and teaching them how to be smart when moderating their own threads, is the way to go.

I am inclined to just go ahead and run this whole thing without art, except for that YouTube at the top. This one is all about the words, people.

Part Three: Here is How I Handle It

Part Four: How Vulnerable Are You, and Can You Spot It?

If we were having coffee, I would tell you I had an awesome Christmas. 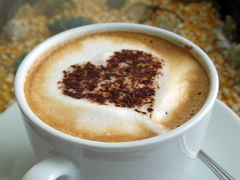 I spent lots of time with my family, ate tons of good food, and my grandson has had a couple of fabulous days with his very first gaming console. If you’re wondering what I got for Christmas myself, I received a pair of texting gloves and a leatherbound planner with time zone tables in the back which is just perfect for keeping track of the social media. My family knows me pretty well 🙂

I’d tell you that even though I did not get as much done over the last couple of weeks as I’d hoped, I’m in good shape. I sent WordPress invitations to three new Sourcerer contributors last week. I have a Litflix on the latest Hobbit movie at Comparative Geeks today. People are sharing some of my posts on Facebook and liking a few of my status updates. Life in the blogosphere is good.

And I would tell you to look at the nominations in this award post at CompGeeks, if you’re looking to meet some nice bloggers. I am familiar with all but three of of those blogs, and most of the bloggers listed in that post are friends. Even though I recently went Award Neutral with Sourcerer, I may actually pass these on just to give you more links to friends’s blogs.

And I’d tell you I have two more important posts coming before the new year. My revised April A to Z plan is up at Sourcerer, and tomorrow I am posting a timeline and explaining what I need from my friends to get the Feminist Friday Project rolling again.

I’d tell you I am planning to resume my photoblogging immediately after the new year, to announce new contributors at Sourcerer the first week of January, and to make some improvements here over the next couple of days.

Then I would wish you Happy New Year, and encourage you to keep blogging.

The level of engagement on my Facebook timeline ticked up a bit yesterday. I take that as a sign I’m moving in the right direction.

I am seeing blog pages in my main news feed I haven’t seen in months, and Facebook is curious to know why I’ve unfollowed every public personality and media outlet that’s crossed my feed in the last 48 hours except Neil Gaiman, David Mack, and Gangstagrass.

LOL. They ask me every time I unfollow. I don’t tell them.

I play the world domination for laughs, but this jolly roger is serious business. 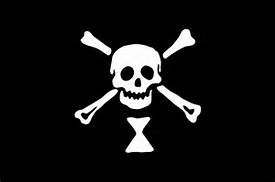 When you see it embedded in a post, you can be sure I am up to something. And everyone who knows me will tell you, mateys. I don’t raise my banner lightly. 😉

Happy Blogging! See you for coffee on Saturday. (David, the video is totally for you!) 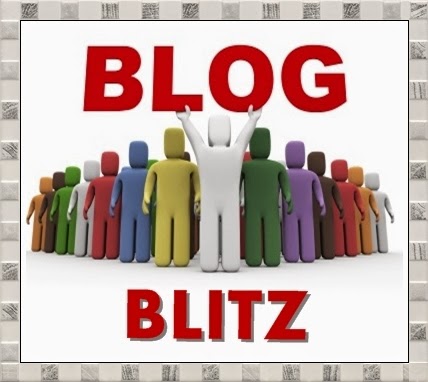 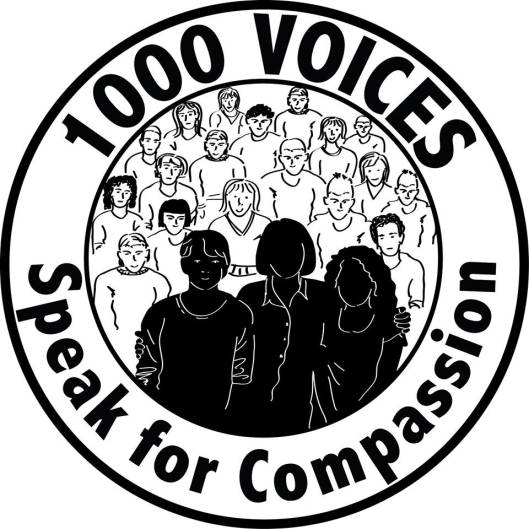 Existence in a Liminal Space